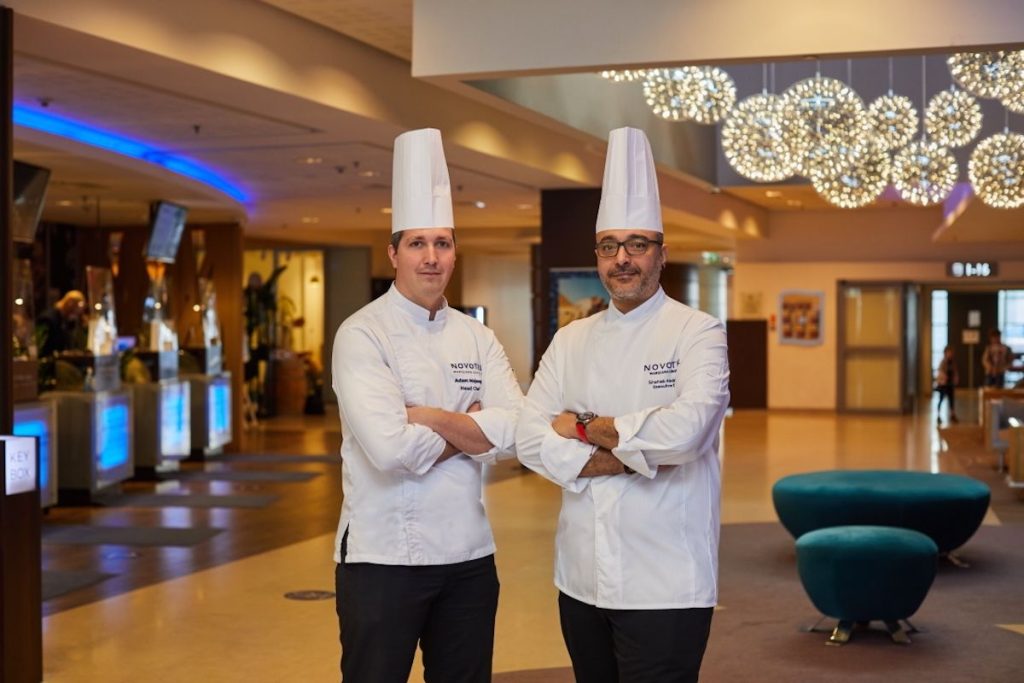 The role of Executive Chef will be performed by Shehab Abdelaziz from Egypt, a chef with many years of experience acquired in 5-star hotels and on luxury cruise ships. His culinary adventure began when he was only 9 years old, and then continued during his studies at the High Hotel and Tourism Institute in Cairo. Shehab Abdelaziz is also proud of the Chef de Cuisine American Culinary Federation and SBN Culinary Operation – Chef De Cuisine certificates.

For over 20 years he has been associated with Poland, where his first experience was participation in the team preparing the opening of the Intercontinental Hotel in Warsaw. His talent was noticed and he joined the team preparing the opening of the first Hilton hotel in Poland. Then he was an Executive Sous Chef in Ireland.
Thanks to the knowledge of Fine Dining and French cuisine, after returning to Poland, he began working with one of the most popular Master Chefs in Poland.

The next stage of professional experience was the position of Executive Sous Chef on the largest cruise ship in the world and on the most exclusive Seaburn Cruise Line USA as Chef de Cuisine in The Grill by Thomas Keller, a three-star Michelin Chef.

Shehab Abdelaziz declares that the closest to his heart are fish and seafood dishes and Mediterranean cuisine, and olive oil in his kitchen is as necessary for him as air to breathe. She appreciates the combination of good cuisine and excellent wine and intends to adhere to this principle while working at the Novotel Warszawa Centrum Hotel.

The second of the two new chefs at Novotel Warszawa Centrum is Adam Majewski, who is the Head Chef. He has been associated with the Accor hotel chain for 8 years. His professional path led through restaurants at Mercure Warszawa Centrum, then Mercure Kraków Stare Miasto to ibis Styles Warszawa Centrum. Adam Majewski describes himself as a culinary enthusiast who, despite many years of experience, still discovers new cooking techniques and flavors with childish curiosity.